An RTI query by activist Sandip Thakur has let to allegations of a huge land scam by none other than Ganesh Naik. Sandeep Thakur filed a PIL based on replies he got about land in Belapur and Pawane (Turbhe).Thakur asked for documents from MIDC (in charge of the Pawane land) and NMMC ( in charge of Belapur land).Both these agencies replied that they had no idea of the huge tracts of land in Belapur and Pawane. Residents of Belapur have been aware of this ‘glass’ house in Belapur for years. Built on CIDCO land, this Glass house has been used by the Naik’s for years for their private redezvous. They hold private meetings with heads of CIDCO,MIDC,NMMC and also the Police officials at this bungalow. These are the very organizations responsible for taking action against unauthorized constructions and hence they have been named in the PIL as respondents. The Glass house is spread over 301 sq meters on encroached land. NMMC claims that it has no file relating to the Glass house at all. The Pawane land is even greater in area. It is a huge stretch of land. The location of the same is shown in the map below. The worst kept secret in Navi Mumbai is out now.

The curious case of ‘White House’

In another twist to the Ganesh Naik saga,new information has come to light about another palatial structure called ‘White House’ located on the Thane Belapur road.Apparently,Ganesh Naik is reported to be behind this palace too.Other than this,it has also come to light that there exist documents that show that other members of Ganesh Naik’s family have been involved in dealings with builders by entering into ‘business partnerships’ with them and dissolving the ‘partnership’ after securing huge plots in connivance with CIDCO offiicals.It has also come to light that Mr.Ganesh Naik’s residence located at Balaji Gardens is also under somebody else’s name…Expect more fireworks soon… 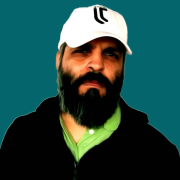